TODD: You know about the tremendous tragedy in Columbus, Ohio, of a young woman who lost her life and the other tragedy of a police officer who had a decision to make. There are two young women, and one of those young women is in what I would regard as a disordered state and is not able to control herself and is attempting to stick a knife into the guts of another young woman -- which, as a lot of ER physicians will tell you, is worse than a gunshot wound in terms of trying to fix it up.

And a police officer arrives, and this is the choice the police officer has to make: "Do I end a life to protect a life and maybe more lives?" If a person's in a state of mind, in a disordered state mentally, that they're willing to take a life, does it stop there? It almost certainly doesn't. Let's count together. One, two, three, four, five, six, seven. How many feet in distance can you close coming at someone with a knife in that period of time?

Here's the imagination game. Imagine the white officer, upon arrival at the scene with two young women who happen to be black, decides to not engage, and one young woman in this disordered -- heightened, we would say -- state emotionally, succeeds in gutting the other young black woman. What would be the response of, let's say, LeBron James?

Because LeBron James has tweeted out a picture of the police officer who in fact had that decision to make, and he made the decision to use his firearm. The tragedy, of course, is that a young woman will not have a chance to reorder her thinking, and it is my fervent prayer that she was right with God, the ultimate giver of order. But let's extend this just a little bit further. 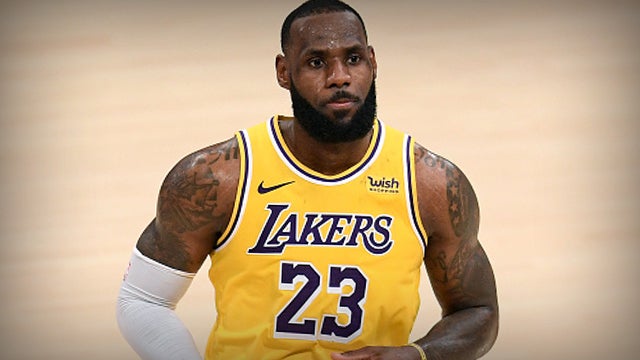 When was the last time you really needed something and couldn't find it, just something like your car keys? Do you remember that feeling of "I cannot find my car keys"? Now, take that to, "I cannot find a cop and I'm in danger," because this is where people like LeBron James are -- he's a victim, in my mind, of CNN -- are leading us. So for all the Twitter blue checks and pampered, China-owned NBA princesses of poof, Michael Woods, interim police chief in Columbus, explains the horrible, traumatic decision officers are sometimes forced to make.

WOODS: When officers are faced with someone employing deadly force, deadly force can be the response the officer gives. If there's not deadly force being perpetrated on someone else at that time, an officer may have the opportunity to have cover, distance, and time to use a Taser. But if those things aren't present and there is an active assault going on in which someone could lose life, the officer can use their firearm to protect that third person.

TODD: A friend of mine who's a cop teaches self-defense and in-combat training. And it used to be that they would have public officials come and try this out so that they could stand in the shoes of cops to see what that is like, and what my friend told me is almost invariably, the public officials would make the wrong decision.

Their shoots would be the bad shoots, particularly if you employ pain -- particularly if you are shooting, let's say, paint balls, if you make a mistake and you get hit and it hurts. To protect themselves from a paint ball, they would take someone down virtually that would make it a bad shoot. You know what? Public officials no longer do that training because, I think, it's very painful to realize you're in the business of criminalizing or demonizing cops.

And you know, you just learned, you can't do the job. LeBron James has enormous physical skill. I don't know a thing about the man's intellect. I have never heard him speak. I've only seen his tweets, so I don't want to be unfair. But when you tweet, "You're next" about a cop who was faced with a decision: Do I let this young black woman kill this other young black woman?

And the race only matters because we live in America, and the country is being divided by race. That's the decision this cop faced who happens to be white. There's no hint of him having any form of racism. "You're next." This is an NBA player.

How is this possible -- given the fact that we have now in the White House ensconced behind a militarized fence with people with guns guarding him -- Joe Biden? Joe Biden and now his dementia have been in government forever, and if systemic racism is a real thing, Biden's a major reason for systemic racism. Listen. Here he is bragging about his accomplishments. 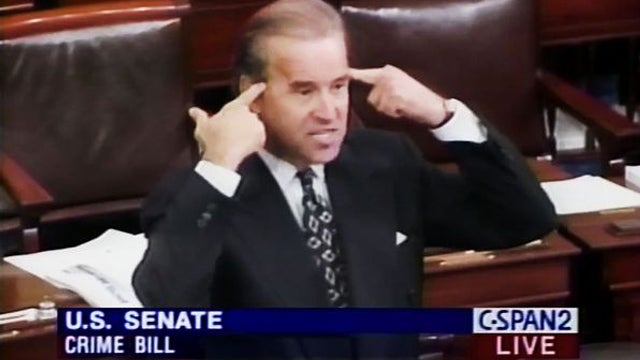 TODD: So that's Joe Biden back in the day. LeBron James, is Joe Biden next? Systemic racism. Rush had an operating procedure for dealing with victims of CNN, like, for instance, LeBron James.

CALLER: So LeBron James was on TV this morning said he was gonna use his platform to speak out further about these issues. And of course, he's been a big proponent for Black Lives Matter. So I'm suggesting as a possible solution to use your platform, to challenge LeBron James to lead the way. Sell his mansion in Brentwood, move his family to his old neighborhood in Cleveland. Build a home there, move there, invest in his neighborhood, invest in businesses to create jobs, invest in low-income housing, even offer free housing.

Maybe invest in some schools. Put his children in school in his old neighborhood, --and he recently became married as well. So set an example and give back to his community and then lead the way and then encourage other athletes to do the same. Put money back into their own neighborhoods. They make this money, but he's spending his money in Brentwood these days.

RUSH: Well. (sigh) This is something that I have always avoided for professional and programming purposes. I do not engage in personal feuds or challenges or causes like cutting up your credit cards and sending 'em to Exxon. I don't know that LeBron James doesn't spend some of his money on his neighborhood in Ohio.

I don't know. I'm not gonna assume that he doesn't just 'cause he lives in Brentwood. And to challenge LeBron James to do something is just not my style. I don't think it's effective. It might make a great media show, but it's not the way I choose to go about these kinds of things. I don't look at LeBron James as somebody's mind I can change. I'm not gonna change LeBron James' mind.

Like Scalia told me once, he's not gonna change Stephen Breyer's mind on anything. He doesn't even try, and I wouldn't waste my time trying. But the same people who to listen LeBron James might listen to me or vice-versa. He's now put himself in the arena of ideas, which is where I live every day. He's gone from the basketball court to the arena of ideas.

And so I just choose to deal with this in a different way. My target has always been what I call the audience, the people, the population. I don't waste my time challenging Algore or Tom Steyer or Leonardo DiCaprio or any of these people because they're in showbiz, and half (if not more) of what they're doing is showbiz. They really don't know what they're talking about anyway half the time.

And I come along and point out that a hashtag (Snort!) is probably about as effective as not saying anything, and they can't handle it. I became public enemy number one for about five days, maybe five hours, which I don't care. It didn't bother me. Don't misunderstand. But it doesn't accomplish anything except a media show, and I just have never rolled that way.

TODD: So that was Rush's modus operandi in dealing (or not dealing) with people like LeBron James. Remember the imagination scenario that we engaged in at the top of this hour? We talked about you can't find your car keys. What if the neighborhood couldn't have found a cop when one young woman was intending to kill another young woman with a knife? 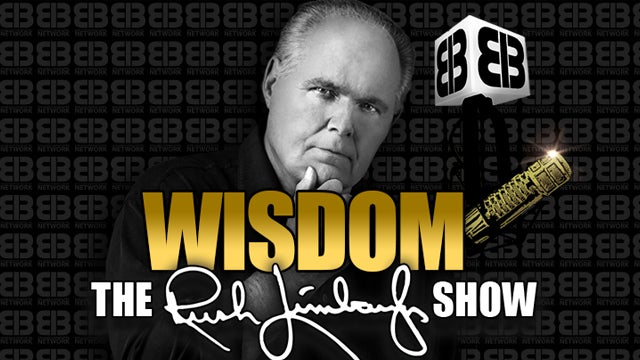 What if they couldn't find a cop? Hey, LeBron? I won't speak to you 'cause I am a student of EIB, but I'll speak to people who follow LeBron. If LeBron James continues to threaten cops, you won't be able to find one when you need one -- and if you think not finding your car keys is bad.